24 HOUR EMERGENCY SERVICE AND NO EXTRA CHARGE FOR NIGHTS OR WEEKENDS! 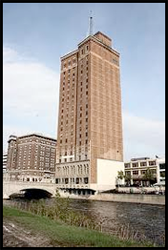 We are proud to be part of this community, serving your heating and air conditioning needs. Whether you need repair, replacement or a new installation of a furnace, air conditioner, heat pump or air filtration system, we get the job right the first time. Our certified technicians service all furnace and air conditioning make and models.

Our Work in Aurora - 3 Reviews

Darrin did a great job and explain how to use our new humidifier in detail. Thank you very much.

Sergio Balcarcel -
Aurora
I had a problem with my furnace and I called Service1 they came and told me right away what was wrong with it. London & Kevin Behnke came back within ...

Victor Persico -
Aurora
David Raw, an employee of Service 1, just left my home. It's been a long time since I met a person who sold me by not selling his product. David got e...

We offer the following in Aurora, IL

About Aurora, IL - Happy to be your hometown Heating & Air Conditioning Contractor!

Aurora, Illinois is located in DuPage, Kane, Kendall, and Will counties approximately forty miles west of the city of Chicago.  Originally inhabited by Native Americans, the area was settled in 1834 by the McCarty brothers, Joseph and Samuel, who built a gristmill and sawmill on the land that is now Aurora and named the settlement McCarty Mills.  With the establishment of the first Post Office in 1837, the village became known as Aurora and grew from a modest settlement of a few into what is now the second largest city in Illinois that boasts a population of nearly 200,000 residents.

Aurora lies in the U. S. humid continental climate zone, which means it experiences changing seasonal temperatures that include hot humid summers, cold snowy winters, and mildly pleasant weather during springtime and fall.  No matter what the season, the city of Aurora is packed with fun-filled recreation and events suitable to all seasons of the year!

One of the fastest growing cities in the U. S., Aurora is home to numerous national companies and industries that headquarter their businesses here, including Caterpillar, MET Life, and Farmers Insurance.

Aurora's entire downtown is a designated National Historic District and is home to several buildings that are listed on the National Register of Historic Places, including the Paramount Theater, which opened in 1931 and was built in the Art Deco style of the 1930s, and Leland Tower, a 22-story building located on historic Stolp Island in downtown Aurora.  The Hollywood Casino, a dockside gaming establishment, is also located in downtown Aurora on the Fox River and features exhibits of original memorabilia from films such as The Blues Brothers, The Titanic, and Wayne's World.

There are numerous museums, theaters, and cultural points of interest in Aurora that are dedicated to all forms of the cultural arts.  The Aurora Regional Fire Museum, housed in the old 1894 Central Fire Station, contains exhibits relative to the firefighting history of the area.  Aurora ArtWalk is an annual art exhibit billed as "an escape from the ordinary" that features art related to a variety of subjects in virtually every form imaginable.  The city is also home to the Phillips Park Zoo that features animals native to the local area.

Aurora is an eclectic mix of beautiful parks, stately historic structures, rousing entertainment, and numerous venues of the cultural and performing arts.  With its excellent schools, premium healthcare, and thriving business community, the future certainly does look bright for this "City of Lights."